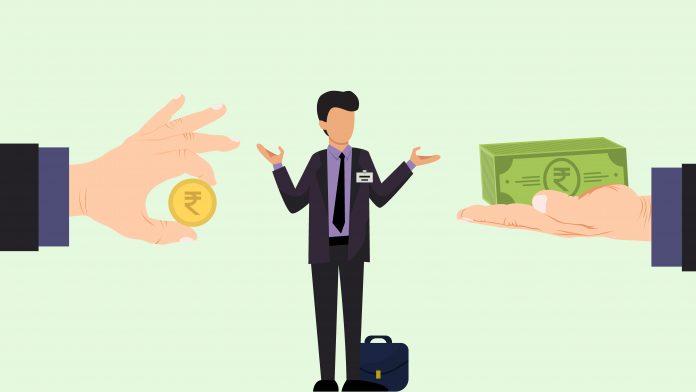 A supremely important law for both employers and employees to know is the Minimum Wages Act 1948. As per this Act, the Central and State Governments establish a minimum wage for payment to all employees. This law is enforced and monitored by the Labour Ministry of the respective states and centre. Employees need to be aware of this law to know their rights and not be taken advantage of monetarily. On the other hand, employers need to be aware of this law to make sure they are not disregarding it. Since not following the law can lead to heavy penalties.

The minimum wages act was introduced in India in 1948. The aim of this law was to help individuals receive the wages necessary to maintain a healthy living standard. Initially, this law stated 12 industry’s minimum wages. But with the passage of time many more industries and employment sectors were added. Currently, the Minimum Wages Act of 1948 has hundreds of industry listings. These range from factories to shops to construction, etc. To understand the Minimum Wages Act 1948, one must know who is their Governing Body, which category of skill level they fall under and what zone they fall under?

What is the Governing Body under the Minimum Wages Act 1948?

What is meant by the Employee’s Skill Level?

Employees are generally segregated into one of the following categories:

Which Zone does the Employee fall in?

The Central and all State Governments have 2-3 zones in each region, state-wise and country-wise. These zones are known as Zone A, Zone B and Zone C. Depending on which Zone the employee falls under, his wages are determined. These zones depend on the development of the place and the living costs there. Furthermore, some states, like Rajasthan, have a single zone instead of multiple segregations

What is the definition of Wages under the Minimum Wages Act 1948?

The Minimum Wages Act 1948 defines Wages as the total of Basic Salary, HRA and any other Fixed Allowances in a given month. Any special allowances given on a one-time basis are not taken into consideration here. Hence, the employee needs to note here whether his State specifies “overall wages” or “basic salary with special allowances”. Since these will determine his minimum wages.

To get the monthly wages, one has to multiply the daily minimum wage by 26.

Maharashtra has three divisions – Zone I, Zone II and Zone III. Zone I categorizes the metro areas. Zone II comprises of smaller towns and cities. And Zone III is the rural areas. Maharashtra takes the sum of basic and special allowances as the total wages. Furthermore, each sector given in the images below has categories for skilled, semi-skilled and unskilled workers.

As per the image given below, the Central Sphere categorizes 3 zones – Zone A, Zone B and Zone C. Additionally, there are 5 employee skill categories – unskilled, semi-skilled, skilled or clerical and high skilled.

Watch our video below for further details.

In this scenario, there is news from the Supreme Court of India (SC) on 29th April 2019. The declaration by the Supreme Court has cleared the air on the on-going tussle. The Court’s decision is that yes, you can split the minimum wages. Not only this but the Court has eyes on some more important issues. This article will throw light on the explanation of how the SC took the compelling decision. Moreover, we will also show you the original agreement on the basis of which the SC has declared the news.

The ‘Haryana Notification’ for order of minimum wages in India:

The entire story of minimum ages and splitting of wages in India starts from the Haryana Government on 21st October 2015. There was a notification which comprises of some important aspects. Although it was a regular notice for minimum wages, the piece of news had some serious issues written in it. The notification has all the categories of employees along with unskilled, semi-skilled, and highly skilled. Moreover, for all the other categories, the minimum salary was present in this notice. However, this notice comprised of not only minimum wages but also all the definition of the categories by the schedules.

Moving ahead, the Haryana Government pulled off some additional clauses, that witnessed a lot of protest by the employers in the State. Moreover, the employers took the matter to the High Court. There were 4 clauses in the notification that led to such a huge protest in Haryana. Read on to find out what these were.

Reasons for the Protest:

The minimum wages in respect to all scheduled employments have Skilled, Unskilled, Semi-Skilled, and Highly Skilled categories. Their wages are also written on the right side along with per day calculation. One category which is available here in the category of Security, Security Inspector and Cleaner. All the minimum wages and their splitting amount are written in the notification. The matter for the protest was the inclusion of Securities and their related posts. They made their points with a logic that the way teachers are not given the position of production employee, similarly, you cannot treat Security as a production-related employee. Therefore, their minimum wages must not come under any calculation.

As a matter of fact, there is no such power given by the Minimum Wages Act to any labour department. Therefore, the protest seems legit on the part of the employers. The measurement of skill level must be only because of his skill and not any sort of experience.

The third reason for the protest is the splitting of the minimum wages in India. There are some notes at the end of the notification which mentions that the amount of wage is not permitted to go for segregation into components in the form of allowances of the employer. The minimum wage splitting links with the Haryana State Working Class Consumer Price Index Number. The notice suggests that the wages that were listed had the basic minimum wages and these will not further split into the form of allowances.

The fourth reason to protest was the salary of the trainees as the notification says that the trainee will receive 75% of the wages which is applicable to the category. However, it will not be less than the minimum wages for any unskilled category. This means that all the trainees will receive a payment of minimum age fixed by the government. And, the training period will not be more than 1 year.

The association filed for a writ petition in High Court but did not get the court’s approval. Following this, the next divisional bench also didn’t give any importance to the Writ Petition and it went for a dismissal. Seeing everything losing out of their hands, the Employment Association went to the Supreme Court. Now, what did SC decide on this? Let’s have a look.

The date 29th April 2019 was a deciding day for the Employers Association as the Supreme Court was about to answer their appeal. The notification from the SC says, ‘Supreme Court of India Civil Appellate Jurisdiction’, and we will consider the appeal number 4454. The appeal number 4454 has all the issues whereby the employers took the protest path against the government’s minimum wages changes.

Appeal to the Supreme Court of IndiaDownload

What did the Supreme Court Say?

Here are some of the statements by the SC:

The direct meaning of these two points by the SC is that the minimum wages can split into Basic plus HRA. The second point denotes that these positions don’t fall under the ’employee’ definition under the Minimum Wages Act 1948. Only the employee post that has a definition in the Act will fall under the list. The third point suggests that any trainee who works without any payment will not get a place in the minimum wages list.

Therefore, we can say that the Supreme Court accepts the appeal of the Faridabad Industrial Association. Now, we hope that the notification was an eye-opener for the employers as well as employees as they will know what to follow and what not to follow. Check out our video on this topic below:

How to find correct Minimum Wages?

To know the correct minimum wages applicable to your firm, you need to know the following five points:

The next factory for determining minimum wages falls on the industry or sector of your establishment. Some of the industry categories can be – construction, agriculture, mining, security services or factory. Some state governments, as well as central government, decide minimum wages on the basis of the industry it falls in. Moreover, some types of establishments are not covered in the Minimum Wages Act. So they may not be categorized for some states at all. For example, the Maharashtra government specifically excludes schools and universities from their minimum wages list.

The level of skill of the employee plays a role in the determination of his minimum wages, Generally, the following level of skills are listed – Un-skilled, Semi-skilled, Skilled, Super Skilled and Clerical Work.

The location of the establishment plays a part in determining the minimum wages too. The Central Government generally divides the entire country into three zones as – Area A, Area B and Area C. Similarly, certain State Governments also divide their region into several zones.

The Central Government had released Notification 186(E) on 19th January 2017. This notification includes the division of categories of employees on the basis of industry and level of skill simultaneously. So you need to check the industry of the employee, then his designation and skill level and lastly are of work. These will show the minimum wages set for the employee in the corresponding column. The division of Areas is also given at the bottom of the notification. Area A consists of major cities, Area B consists of smaller cities and everything remaining falls under Area C.This notification determines minimum wages for the following sectors as given below.

A new circular regarding minimum wages was released on 8th April 2020. This circular held clauses which would become applicable from 1st April 2020. Similar to the notification 186(E), this circular lists various divisions of industry sector, level of skill and area of the establishment. Depending on these factors, one can find out the minimum wages per day for an employee. Thus, the sum of the amount given for the level of skill and area of establishment is the minimum wages for the employee. Likewise, various industry sectors are given for agriculture, mining, construction and so on. Additionally, for reference purpose, a listing of all Area categories is also given at the end of the circular.

Watch a detailing video on finding the minimum wages below.

Check out other important recent verdicts of the Supreme Court of India –
Is PF on special allowances applicable? What did SC actually say!
Supreme Court’s Decision On PF Pension Increase

JAGRUK EMPLOYEES
The term "gig economy" refers to a type of work in which people have temporary jobs. They do separate types of work for income...

What is a PE ratio?