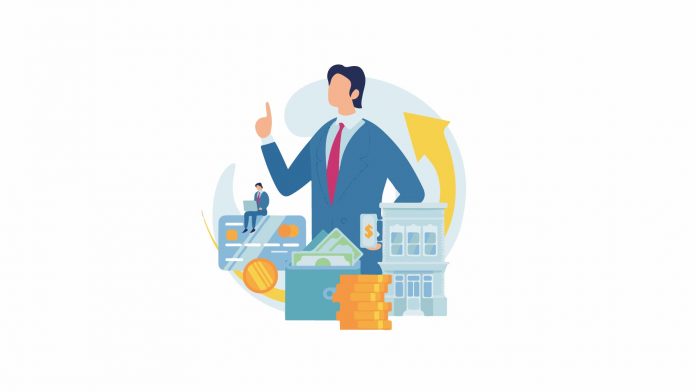 The world of EPF, ESI and Labour Law saw numerous changes in the year 2019. From new acts to amendments, from notifications to decisions, innumerable things happened. Even the Supreme Court gave some landmark judgements which played a big role in the labour law updates. In this article, we give you a quick round-up of all major EPF, ESI and Labour Law Updates of 2019.

In February 2019, the Supreme Court of India gave one of the biggest labour law updates of 2019. It was related to the Surya Roshni Vs EPFO case, in which Surya Roshni ultimately lost. The Supreme Court made it clear that all allowances which were paid ordinarily, uniformly, necessarily and across the board to all employees will form the pat of basic wages under Section 2(B) of the EPF Act 1952. Thus, the EPFO even send out notifications to all organizations regarding this decision. Ultimately the employees got the benefit in this decision.

The Central Board of Trustees meeting was held wherein two important decisions were taken. The two labour law updates of 2019 were increasing the monthly income ceiling limit for dependent parents from Rs 5000 to Rs 9000 (i.e., almost double the previous limit), to avail benefits under the ESI scheme. Secondly, the eligibility for the Super Speciality Treatment will reduce to 6 months from the current 2 years.
Learn more about these labour law updates in ESIC General Meeting Announcements.

The Pradhan Mantri Rojgar Protsahan Yojana (PMRPY) came into effect from August 9th 2016. This scheme is for workers who earn less than Rs 15000 per month. In this scheme, the Government of India pays the employer’s total contribution of 12% for EPF and EPS, from the 1st of April 2018, for a duration of 3 years to the newly joined employees. Additionally, the government pays for the remaining period of 3 years through EPFO to the existing employees. Before this development of April 2018, the government was only paying 8.33% of the employer’s contribution towards the EPS. The benefit to newly added employees will continue for 3 more years. Learn more in PMRPY will end on 31st March 2019, Last chance to Save Money.

Regarding receiving pension on full wages, the High Courts of Kerala, Rajasthan, Tamil Nadu and Andhra Pradesh, along with others, passed a judgement in favour of the employees. They asked the EPFO to let them contribute to their full wages for the pension. The latest judgement by the Supreme Court of India is expected to resolve this matter. Even employees who started working post 1st September 2014 would be able to get the benefits of pension of their full salary. Learn more about this in PF Pension News | Supreme Court’s Decision On PF Pension Increase.

The Supreme Court again gave a major labour law updates of 2019 in which it allowed the splitting of the minimum wages. Hence, it is not necessary to pay the full minimum wage as basic pay. It can be split into allowances, as long as the total sums up to the minimum wage. Learn more in Minimum Wages In India | Supreme Court Order’s Complete Analysis.

The Code on Wages Bill replaces the following four labour laws – Payment of Wages Act, 1936, Minimum Wages Act, 1948, Payment of Bonus Act, 1965 and Equal Remuneration Act, 1976. This bill also gave a clear definition of what is considered as “Wages”. The restriction on allowances was limited to 50% of basic wages. The Central Government was also given the authority to fix a floor wage for the entire country. Meanwhile, the other State Governments cannot fix a minimum wage below the floor wage set by Central Government. The Code on Wages Bill is the first one to be passed out of the following four labour codes which are – Wages, Social Security, Industrial Relations, and Occupational Safety and Working Conditions (OSHWC). There are three more labour codes which are in various stages of becoming an Act. Learn the details in Code On Wages Bill, 2019 | Complete Analysis.

Before 2009, employees under the Pension Scheme had the option to take a lump-sum amount from the Pension, right after exiting their job. This would reduce their pension amount per month later but they would gain a big sum at the beginning. This was known as Commuted Pension and around 6.5 lakh pensioners went in this direction. Additionally, the Pensioners Union had made a request to restore the reduced monthly pension scheme of the commuted pensioner, after a period of 15 years. Now, this plea has been approved at the Central Board of Trustees meeting. But this will require an amendment in the EPS Act, 1995. Hence, the change will take some time to come into action. Learn more in 5 PF Decisions From The Central Board Of Trustees Meeting.

Since the abolition of Article 370 in Jammu and Kashmir, all national-level acts will begin to be implemented in the region now. The Central Board of Trustees has also given authority to the Central Provident Fund Commissioner to implement the Provident Fund and Miscellaneous Provisions Act, 1952, in the two newly formed Union Territories of Jammu & Kashmir and Ladakh. Currently, about 28 lakh employees residing there were covered under the J&K’s Employees’ Provident Fund Organization. But now they will be shifted to the national level PF Act. Additionally, the EPFO has been asked to provide all facilities in the regions for banking arrangements, contribution remittance, setting up of offices and more. Learn more in 5 PF Decisions From The Central Board Of Trustees Meeting.

2019 has been a bad year for the EPFO. Its investment of around Rs 7000 crore in the IL&FS is expected to lead to a major loss. Furthermore, the investment which EPFO made in DHFL has also not resulted in acquiring any dividend, interests, etc. But the interest rate for 2018-19 was announced at 8.65%. Hence, the interest amount which is usually credited to employees by March was delayed to September this year. Learn more about EPFO’s losses in EPF Loses Up To 20,000 crore In IL&FS Financial Crisis. Furthermore, learn more about the higher EPF interest in EPF Interest Rate 2018-19.

A new amendment is now applicable on Rule No. 52 of ESIC as per the ESIC meeting held in September 2019. Per this amendment, the exemption limit on paying the employee’s ESIC contribution will increase from Rs 137 to Rs 176. This has been done in accordance with the increase in minimum wages to Rs 176. Furthermore, this new amendment is applicable from 6th September 2019 onwards.

Furthermore, since many regions with newly implemented ESIC do not have adequate facilities, ESIC and Ayushman Bharat Yojana have been clubbed in these places. Hence, the ESIC meeting finalized that all insured persons under ESIC in the newly implemented regions will get medical treatment under Ayushman Bharat Yojana. This labour law updates of 2019 got some rave reviews though. Learn more about these labour law updates in ESIC General Meeting Announcements.

Some very shocking labour law updates 2019 came via the EPFO. Firstly, new employee registration is now compulsory to be done within 10 days of the employee joining the firm. Additionally, ESI contribution of employees has to be done within 42 days of the challan generation. Obviously, the employers were not happy about these labour law updates and made their pleas against it. The EPFO then came out with a very impractical solution to their problems. Learn more about his in Employees can’t be added after 10 days of joining | New ESIC updates.

For the ease of doing business, the renewal of Shop & Establishment is not compulsory anymore. This is already being implemented in Madhya Pradesh, Andhra Pradesh, Punjab, Odisha, Rajasthan, Kerala, etc.

After Maharashtra, Gujarat, Tamil Nadu and Karnataka as well allow shops to remain open 24X7. In Telangana, a notification in effect allows ITES and Information Technology Establishments to work 24X7, provided they follow all other office hours rules.

How does a VPN work?

How does a VPN work?

Bytes
India is rapidly adopting many changes to pace up the Gross Domestic Product (GDP) and environment of the nation. The Government as well as...

Why is Dubai land of duty free gold?